LISTEN or BUY Queen on the Hillside

We're very happy to announce that the Queen on the Hillside CD is now released in Japan by Disk Union! More info here!

Queen on the Hillside on Bandcamp

Jeanette is now on bandcamp! Buy the Queen on the Hillside CD or download
here! Worldwide shipping. CD:s signed by Jeanette upon request.

Queen on the Hillside on CD

Finally, Queen on the Hillside will be released on CD! The album has so far been avaiable as a digital release only. The release of the CD is now set for November 27th.

Jeanette writes about what happened, why she 'disappeared' from the scene as it were for more than seven years and why it took so long for the new album to be release. Read more here.

Attitude & Orbit Control one of the 100 most important...

Attitude & Orbit Control was in September 2020 considered to be one of the 100 most important Swedish jazz recordings through all times by Swedish music magazine Lira!

Lira's motivation: ”Quincy Jones described Jeanette Lindström as “an old soul in a young singer’s body”. And still that was long before she made her mesmerizing sixth solo album. Here she’s singing about flying and venturing out on space walks at the same time as she’s cutting the ties to all musical genres. On Attitude & Orbit Control pop, jazz, progressive rock are mixed – perhaps you could call it psychedelic jazz. Jeanette Lindström reminds us of other Swedish genre-ignoring sound explorers, singers like Titiyo and Stina Nordenstam. As a bonus, Robert Wyatt appears as a guest on vocals and trumpet on several tracks.”

Radio interview by Anton Karis (in Swedish) about the work with Queen on the Hillside as well as Attitude & Orbit Control, in Jazzradion P1, Swedish Radio, listen here.

Radio interview (in Swedish) about Queen on the Hillside in Swedish Radio P4, listen here.

Once on streaming platforms

The album Once from 1997, with Anders Jormin, Thomas Gustafsson, Jeanette Lindström and Jarle Vespestad is now available on all streaming platforms.

Jeanette is happy to announce she has now signed with French publisher Music Box Publishing for Queen on the Hillside. This is a continuation of their collaboration around her previous album Attitude & Orbit Control.

Queen on the Hillside on of the best jazz recordings of 2019 according to Jazzradion P2 / Swedish Radio.

Queen on the Hillside – REMASTERED 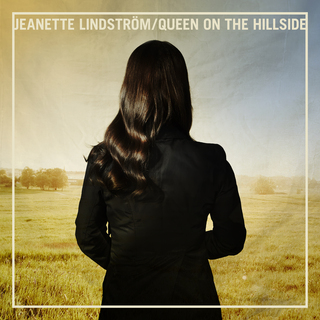 The new album Queen on the Hillside is now remastered by Claes Persson, CRP Recording, in collaboration with Jeanette and Göran Petersson. High res. files is now available to stream on all digital platforms which offer this, and to purchase/download at amazon hd, Tidal HiFi and highresaudio.com.

Jeanette is humbled and honored to be chosen as the ”Voice of the Year 2019”, in company of Billie Eilish and Agneta Eichenholz in the critics’ summary of the music year 2019 on Swedish Radio Channel 1 today. ( To listen, in Swedish: "Vad klingade mest och bäst..." )

The new album Queen on the Hillside has been receiving excellent reviews, read press quotes at the "Press" page.

New album – Queen on the Hillside

How do we become who we are? Those who go before us, what do they pass on to us? Do we inherit something? What does a role model, an early source of inspiration, mean?

In the title track on her new album Queen on the Hillside, dedicated to her grandmothers and to those who have gone before, Jeanette Lindström explores what it means to have someone who sets the example to never give up, and at the same time conveys lust, the courage to dream and the freedom to create something of your own. Finding your own way.

That Jeanette has found her own musical path is obvious. With Swedish Grammis winner Attitude & Orbit Control (2009) she had taken yet another step towards an expression and a sound that was already more than hinted at in her previous albums Walk (2003) and In the Middle of this Riddle (2005). A music still rooted in jazz but with an increasingly elaborate production and arrangements pointing towards pop music and a much heavier sound.

Attitude & Orbit Control was a milestone in more than one way, not least for the collaboration with the legendary Robert Wyatt who came to collaborate on five of the album's tracks. Jeanette Lindström and Magnus Öström's fruitful producer collaboration also meant a lot for the final result. That the album eventually was rewarded with the Grammis for best jazz album of the year 2010 was a well-deserved ending of a very memorable journey.

The new album, Queen on the Hillside, her seventh full-length album in her own name, is bursting with original music. Eleven tracks with music and lyrics from Jeanette Lindström's pen. Songs with strong melodies in intricate and airy production with meaningful lyrics. And then that magical voice that always so congenially presents them. This time around Jeanette Lindström has also chosen to produce herself. The full album will be released worldwide on November 15th. 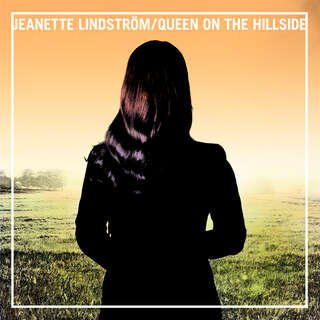 Queen on the Hillside is the title track from Swedish jazz singer/songwriter Jeanette Lindström’s new album due for release November 15.

The single Queen on the Hillside was released on October 25th. A tribute to her grandmothers, to those who have gone before. A song about powers to move mountains, of never giving in, of finding and treading your own path.

Co-musicians on this track are Jonas Östholm – piano, Dan Berglund ( e.s.t., Rymden, Tonbruket ) – double bass and The Stenhammar Quartet. The string arrangement is made by renowned Swedish contemporary composer Per Mårtensson.